Calling all Rock fans! The best after parties are at Crystal!

(As if you didn’t know it already). 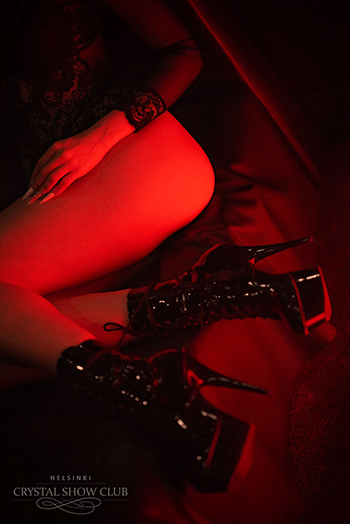 Crystal Show Club gets a whole lot of business from rock fans who come to Helsinki or the neighboring areas for the big concerts or are just enjoying the night at some of the great rock bars and are looking to change it up a bit for an after party. If you happen to be traveling in Helsinki and you have an appetite for rock music, maybe even want to see someone play live here are our top 3 picks in central Helsinki. (in no order)

Very central with a very respectable history. This is one of the oldest rock clubs in Europe with a history that dates back to the 1970’s. The venue itself dates back to the 1930’s apparently. The stage and the dressing rooms have seen their fair share of Rock n Roll history. If you were ever to look at a book or a serious news article covering Finnish live acts, it’s more than likely you will run into a picture from back stage at Tavastia. It is the most famous Rock Club in Helsinki and while this list was in no order, Tavastia deserves to be named first. A lot of artists play there, Finnish and international, and not all of them play rock, but rock is what everyone thinks of when they hear the name. See here who is on and since its so centrally located you don’t really need a map, but here is one anyways.  Come here for live gigs.

Within the same premises operates also SEMIFINAL a slightly smaller venue with some more up and coming artists. Right next door is also Ilves Restaurant that at least used to have on its walls some pictures from the historical Tavastia. Ilves is good for food and beers before a gig. Oh and the name stands for Lynx and there is a stuffed Lynx just besides the bar.

A bar and rock club that seem to have done things right. Located opposite the central railways station, next door to the Casino Helsinki On The Rocks is a place that always tends to be happening.  While the club is distinctively Rock’n Roll they offer a variety of acts, from stand up, to DJ’s too. But if no one is on stage you can rest your ears on some quality rock while you chase your beer down with a shot of whiskey. The location is more than appealing and on a summer evening the terrace is a very kick ass. On the Rocks is located on Mikonkatu 15 and they close at 4am, the smart money is on walking to Crystal at around 2.30 to 3am – that way you can catch the best of both worlds.

Right next door to Crystal, Bar Loose is a very lively club that’s easily accessible. Bar Loose might have a band playing down stairs almost every night but even if there isn’t one on a particular night, it’s still a very inviting and cool place for a beer or two. Unfortunately they are only open until midnight on weekdays – Fri and Sat how ever they stay open until 4.30 am. Bar Loose (just like On The Rocks) tends to be quite busy, especially during the weekends but the atmosphere is nice, has a bit of a punk vibe to it too. You will find Bar loose on Annankatu 21. You will literally walk to Crystal in under 5 minutes from there too.

So those are our top picks and recommendations for anyone visiting Helsinki. There are quite a few smaller bars around too, too many to name them all unfortunately, but you will recognize them as you pass them by. The best way to end the night, is to come in for a bit of after party Crystal Show Club style. The atmosphere is welcoming and the dancers are sourced internationally. Best strip tease in Helsinki.